Home > About us > Our Senior People > Bill Spencer eda

Bill Spencer is a 30+ year veteran of the printing and marketing industries.

Spencer qualified as an Industrial Engineer in England before moving to Australia in 1974.

In 1976 he joined the Security Printing division of Leigh Mardon as production manager and was closely involved in the early implementation of computer driven cheque production. He then went on to join CPE Australia (Cheque Printers & Encoders) in 1981 working in the R&D department for 8 years and then a stint with John Sands Security Printing.

In 1991, Spencer became a Director at PrintSoft.  His early time at PrintSoft - based at their global headquarters in Melbourne, Australia - saw him establish most of the overseas presence of the PrintSoft organisation, including the master distributors in the UK, Europe and the United States.

Over subsequent years, he took on various sales and marketing roles at PrintSoft. Finally, he facilitated the due diligence and sale of PrintSoft to Australia Post in 2005.

Spencer finished his days at PrintSoft as Group Manager of Operations before retiring in mid-2007.

Not one for standing still, even in retirement, Bill now spends his days working on industry projects, researching, investigating, writing, and travelling.

...and of course imparting his extensive industry knowledge, gained from many decades of experience, as a consultant and instructor for the Document Institute. 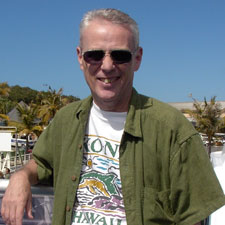